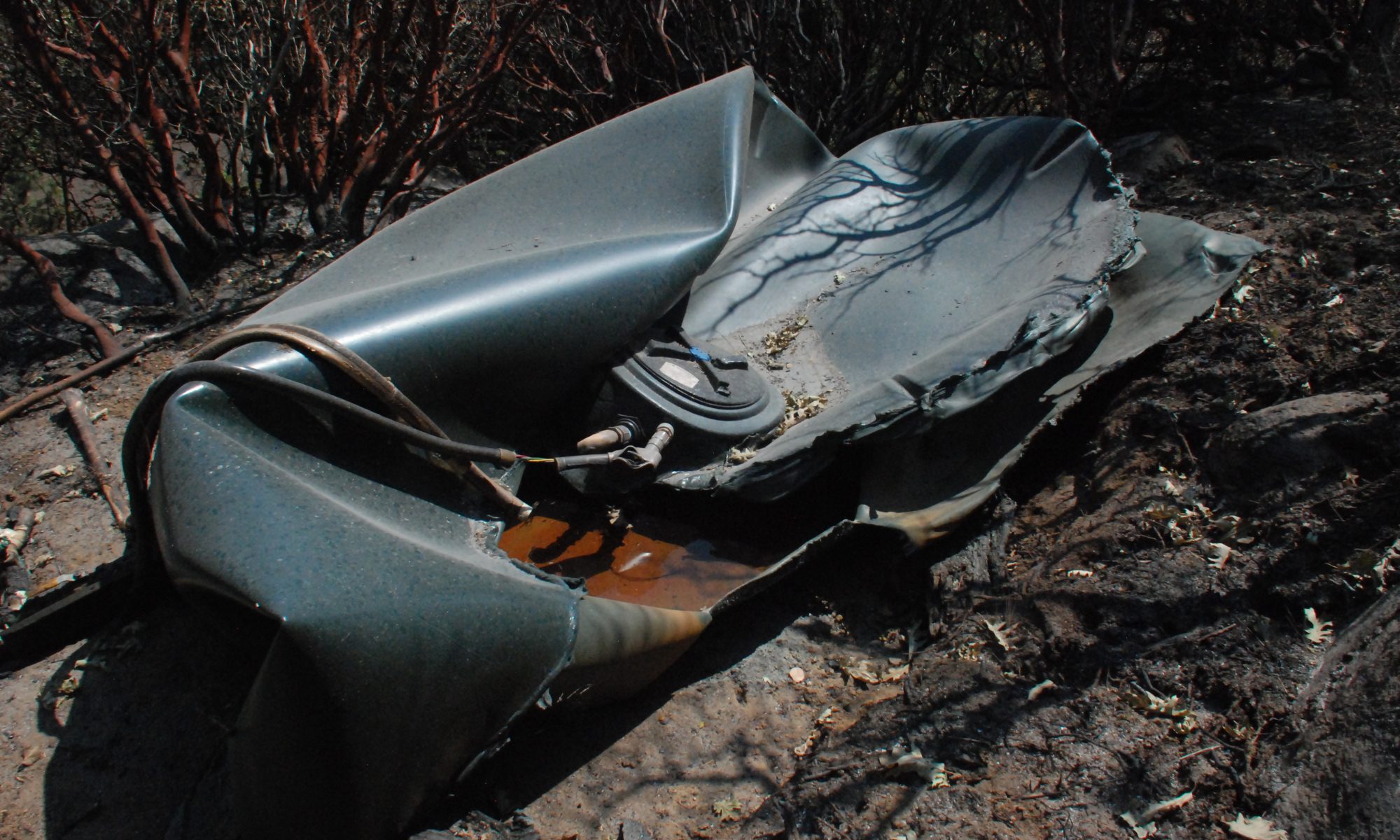 We were under a hard deadline to replace the Trestlewood Chalet’s water tank, as guests were scheduled to arrive late in the third week in September.

We asked Dave at H&B Drilling in Oakhurst if they could replace the tank and get the system back online before the guests arrival.

Dave said he could, even though their schedule was already crammed full after so many other residences had also lost their tanks in both the Railroad Fire and then the Mission fire near North Fork.

Not only had the Railroad fire melted our tank, but it also damaged the plastic water line in many places along the route between the house and the tank.  Finding and repairing those sections turned out to be an unexpected challenge.

But first they had to cut up the melted remains of the old tank just to remove it.  A chainsaw quickly solved that problem.  Next, they had to recruit several additional hired hands in order to roll (by hand) the new (empty) 2500 gallon tank about 100ft across the steep hillside to get it to its leveled pad.

Dave and his assistant then plumbed and wired up the new tank, but it took them much of the next day to find and replace all the leaking sections of the water line.  They nearly ran out of connectors but finally, 1 day before our deadline, the Trestlewood Chalet had water again!

Just last weekend my wife and I were finally able to insulate and re-bury the repaired water line. So now that part at least should be ready for freezing weather.

To protect the shutoff valve and remaining above-ground plumbing from the cold I added the irrigation control box shown in the photo above.  To that I also added  auxiliary valves and a clear plastic standpipe, so that when needed I can view the actual water level inside the tank.

All that remains now for winterizing the Trestlewood Chalet’s water system is for us to stuff that box full of insulation.  I’ll have to leave that task to our next visit.