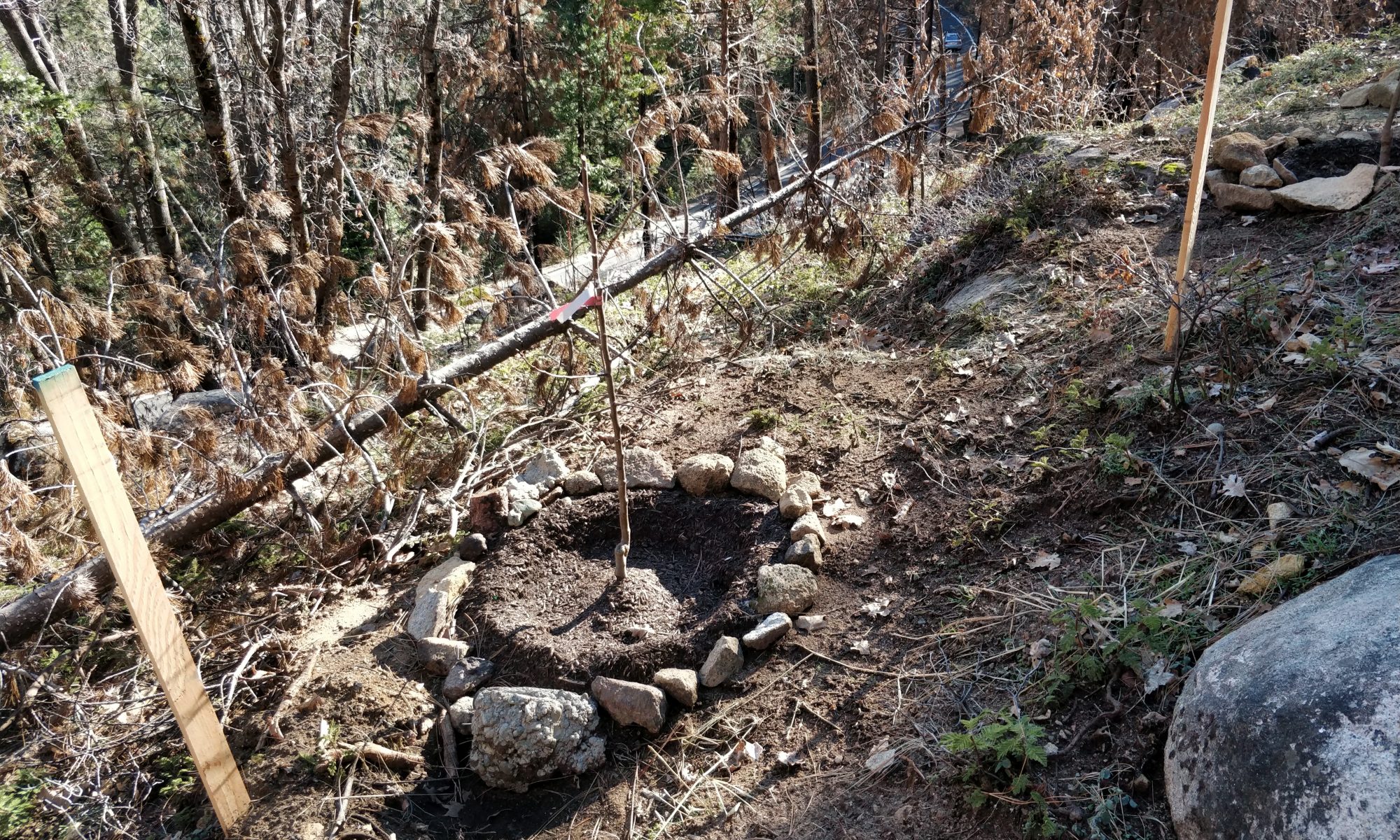 One of our ten new bare-root fruit trees now ready for Spring to come. 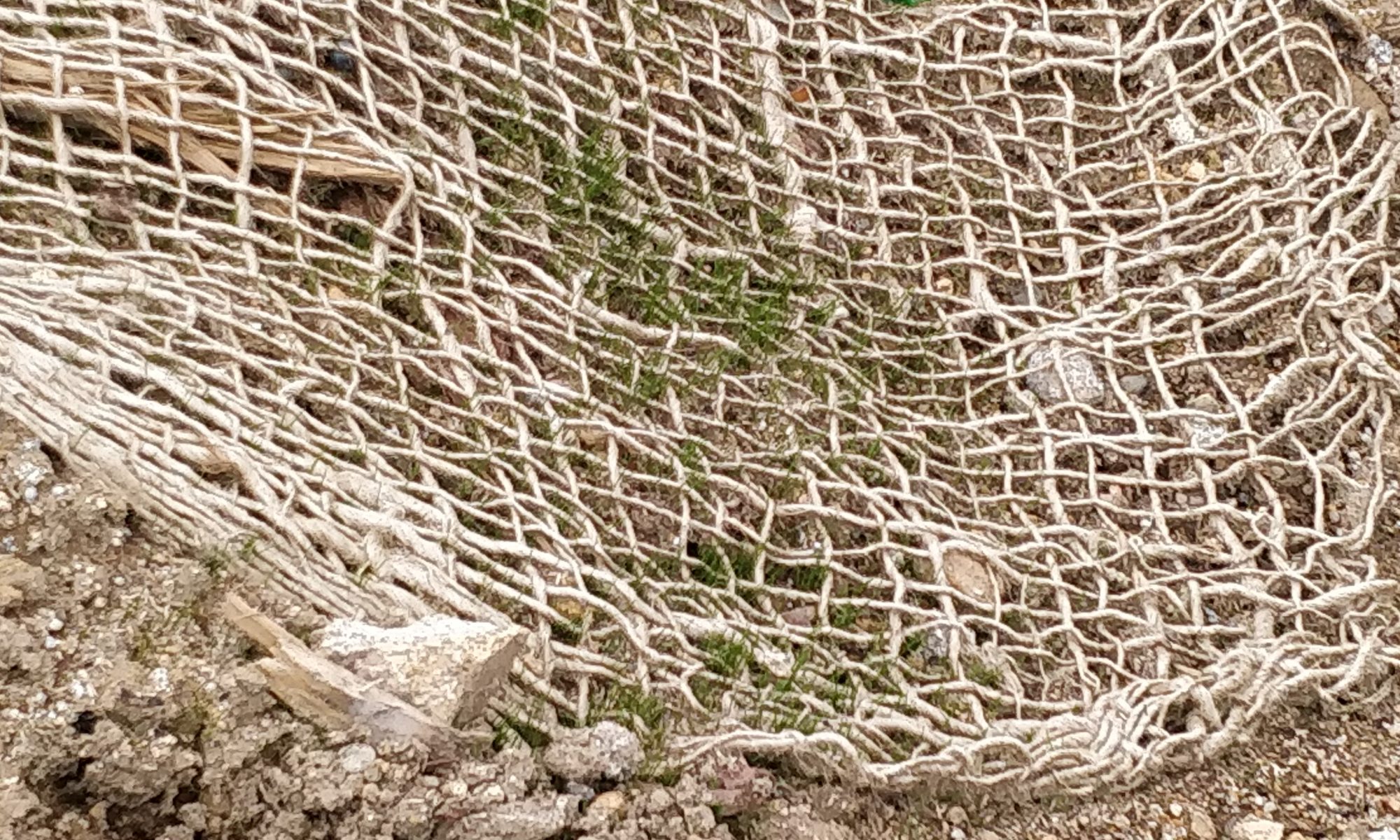 December’s weather turned out to be relatively warm and mild. The Logger’s Retreat weather station recorded a total of 1.82 inches of rain, all of it coming in the second half of the month. We used the mild weather to try to make progress on the septic system design.

Most of the original design had been approved, but code requires you to also designate a 100% expansion area for the leach field — in other words, a place where you plan to put a second leach field if at some time in the distant future the primary leach field fails.

For reasons I won’t bother to explain here, the designer had specified that expansion area to be under the driveway (!) — which is a definite no-no for many reasons, not least of which is explicitly the California Plumbing Code.

So to get a new design approved, we needed to identify a second area large enough for our leach field that was not under any paving. (We also needed to find a new septic system designer.)

The obvious (and pretty much the only) place for an expansion area that size has always been the large, unused, steeply sloped area at the south-east corner of the property.

We were also fortunate to find a (very good BTW) civil engineer in the area who was comfortable designing conventional septic systems on steep slopes. He could start working on the design in January, after the holidays.

While the December weather was cooperating we spent some time making sure our sketches matched “ground truth.” Now, I’m not a Surveyor (and I don’t play one on TV either), but still I tried to act like one as best I could.

I mounted a commercial laser measuring tool on a tripod and used short lengths of 2 inch diameter PVC pipe as targets. (They slip nicely over wooden grade stakes and make it easier to see the laser dot from far away.)

The laser tool is fancy enough to have an inclinometer built in, so I was able to use it not only to verify distances, but also confirm slopes and elevation profiles.

Finding, and then placing the tiny laser dot on the target are the biggest challenges with this method, especially in bright sunlight! (Don’t even try.) And there is no way to do this without the tripod, because you simply cannot hold the laser steady enough by hand.

But the technique worked well enough for me to have confidence that the sketched designs were accurate enough to be buildable. Progress!

While on site playing Surveyor, I also took some time to “survey” the erosion control mats and the rye grass seed my brother had planted in November. In the last week of that month the Logger’s Retreat weather station recorded 1.32 inches of rain. I was curious to see whether or not our erosion control efforts had done any good.

In the warm, sunny spots some of the grass seed had sprouted, but just barely. Still, the erosion control matting itself was doing a great job of holding the soil in place.

Wherever we had placed the mats, there was virtually no loss of soil to speak of. Whereas only a few feet away, it was a different story.

So while the green rye grass sprouts may be nicer to look at, it seems pretty clear to me that the loosely-woven, ugly coconut-husk erosion control matting is really all that you need.

My December site survey also noted that we were not the only ones surveying the property….