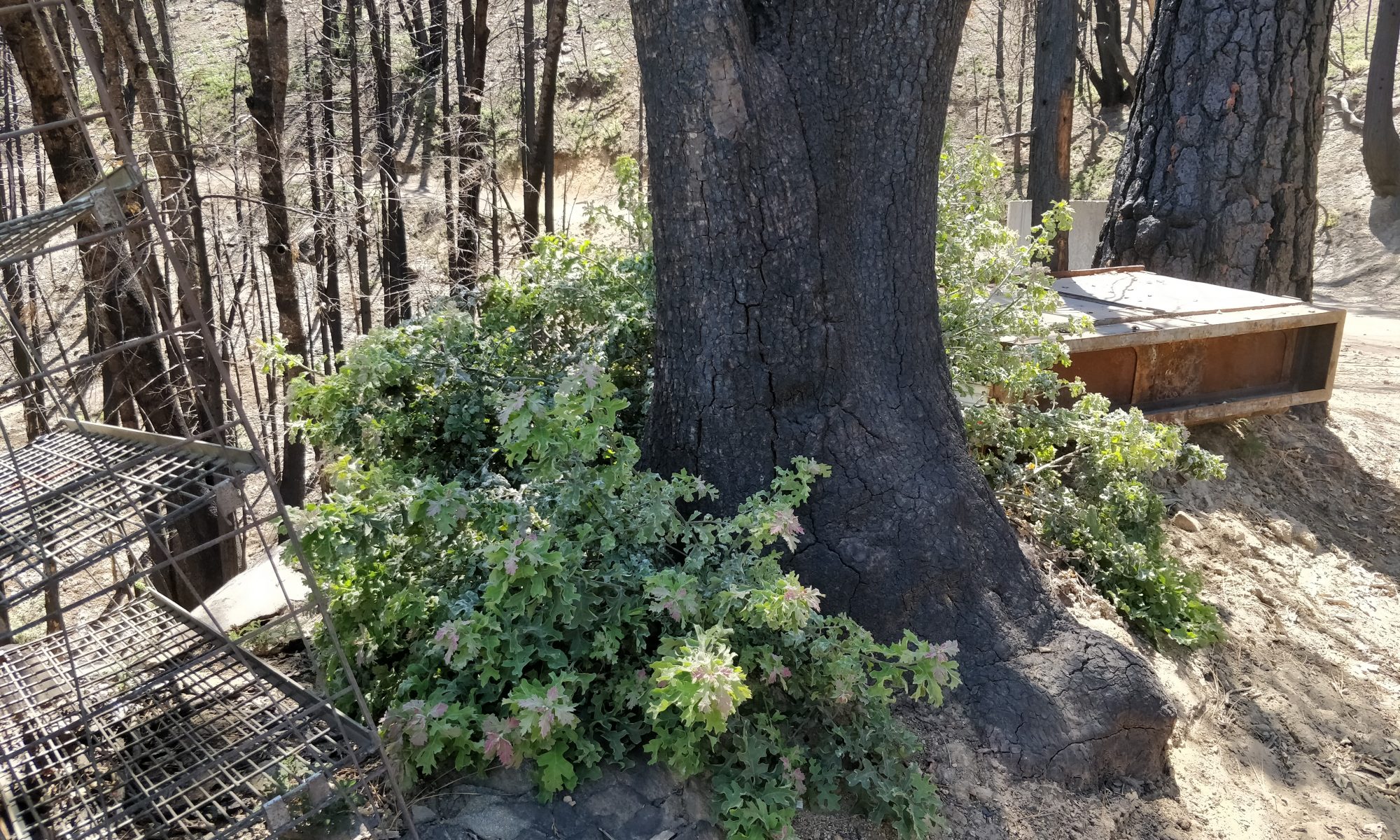 Large oak trees, dead above ground, are still very much alive, and making the most of their summer.