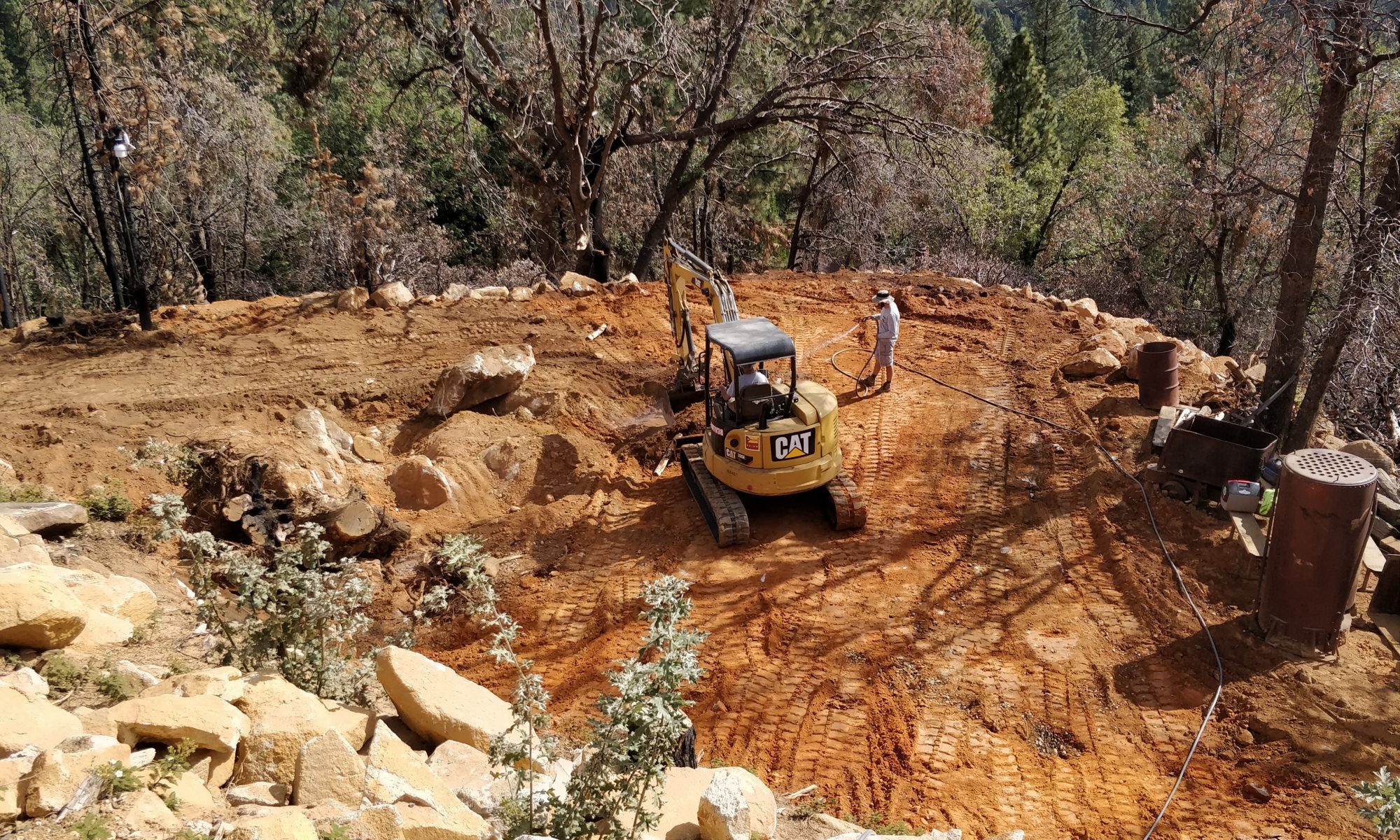 As of late September, the Ferguson Fire is contained, air quality is back to normal, Yosemite National Park is open for business, and yes, even the cows have come home.

But we have given up all hope of starting any real construction this season.

One problem has been construction bids, which have come in much higher than we had hoped, and also higher than what insurance has covered so far.  We have even seriously considered abandoning this rebuild, and using the insurance money instead to purchase another property entirely.  It would certainly be the easiest, and fastest way to restore the rental income that the fire took away.  But at least for now, that is a path we are not willing to take.

The other persistent problem has been coming up with a septic system design that the county will approve. Among other things it requires a drain field area built on a relatively flat area of absorbent soils.  This has to be larger than our previous drain field because we’ve added living space over the garage.

To that end we decided that expanding the old “picnic area” was worth the expense of moving dirt around, for multiple reasons.  And, it was something we could still accomplish this season!  So off we went.