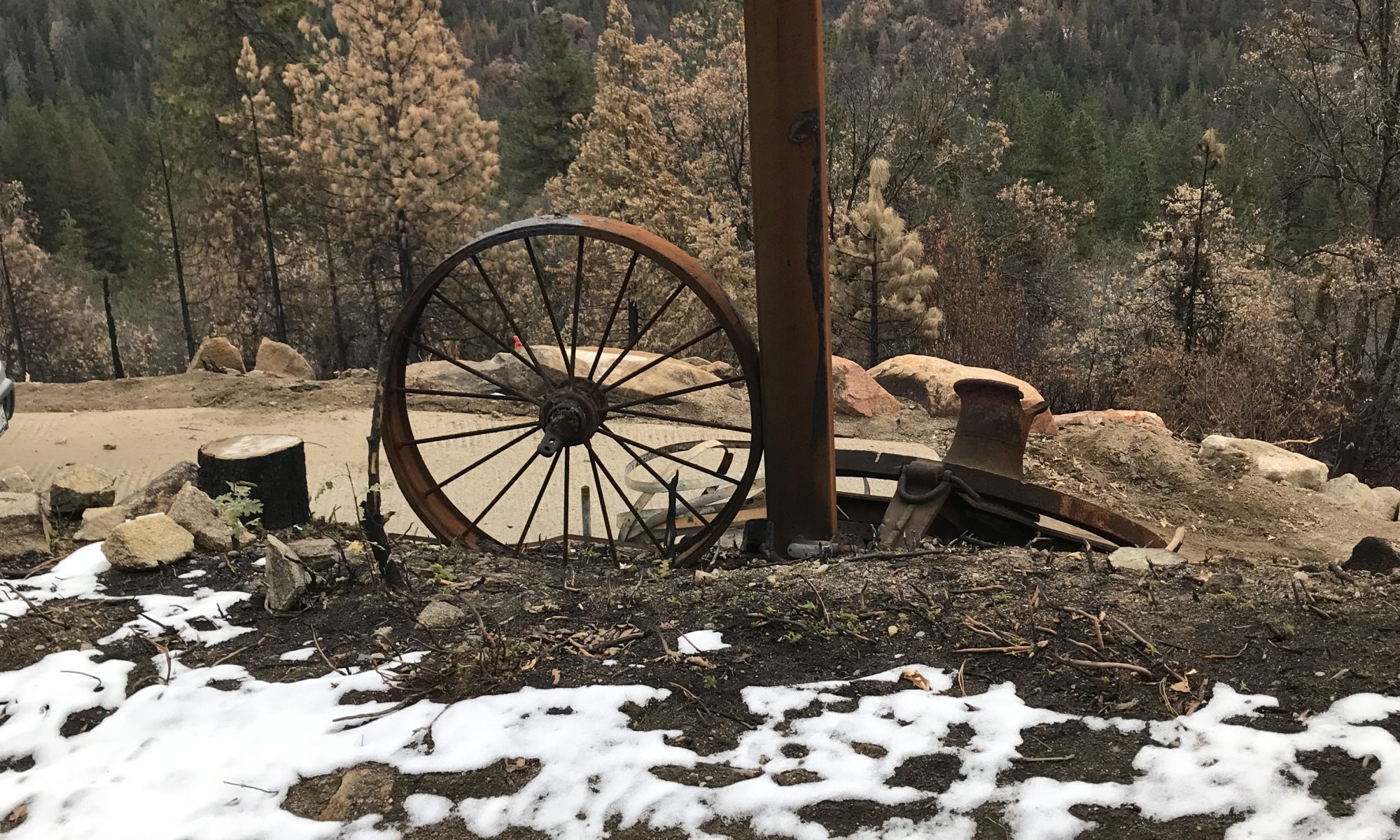 During the week before Christmas we had a small storm come through the Yosemite area.  The forecast called only for rain, but the actual storm was cold enough that (surprise!) it left about a half-inch of snow on the ground. This is what we have been preparing for since September.

The amount of snow was not enough to make the driveway impassable,  but it was enough to make it icy. We decided to make a quick trip up before Christmas to clean off the snow and also to install a new Davis Vantage Pro2 Plus wireless weather station — to replace the one destroyed by the fire.

We arrived sometime after noon on Winter Solstice, the shortest day of the year.  Although it was cold and close to freezing , the day was beautiful and the low afternoon sun had softened the snow and ice.  The conditions were perfect for brushing so we got right to it.

I was even able to brush uphill, which allowed me to clear the entire driveway  of snow.

Afterward, the driveway was as beautiful as the sunny day itself.  And we still had time to install the new weather station too.

You can now see the station data again, on our website at http://www.loggersretreat.com/WeatherConditions.html. Now we just need to get that webcam going again too…