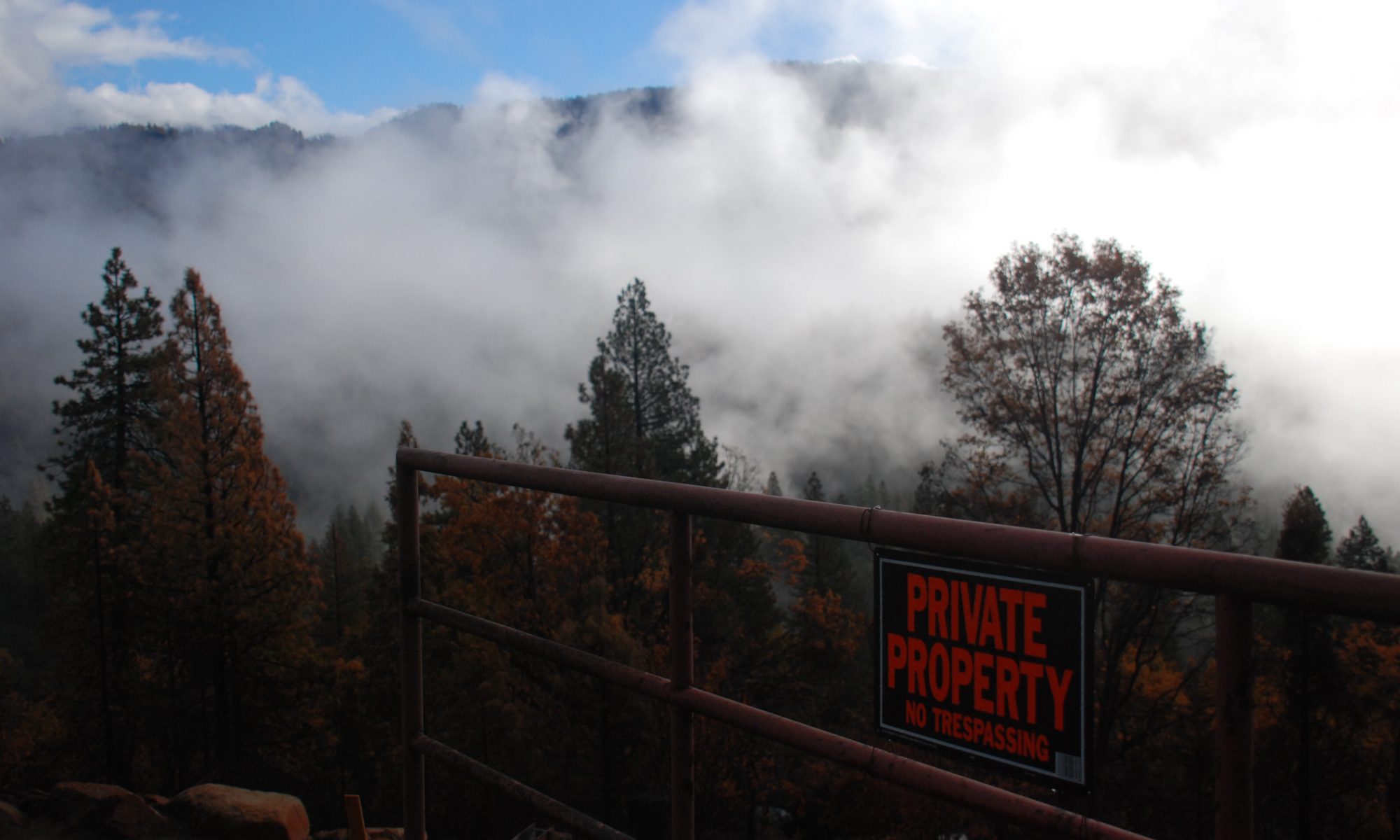 At the end of my November 2nd post I mentioned that I was hoping that the demolition/cleanup contractors would finish soon, because there was rain & possibly snow in the forecast.  Well fortunately they did (finish), and there wasn’t (snow).

We received about a third of an inch of rain in that storm, which was good! It was enough to nourish the landscape but not enough to create troublesome mud and debris flows.

This past week we had a second storm come through, with much more rain.

This storm was typical of what weather folks call an “atmospheric river” or more colloquially as the “Pineapple Express.”

These are weather systems where a cold, low pressure air mass from the north drops down and meets a warm high pressure airmass from further south off the coast of California or Mexico. The counterclockwise rotation of the low pairs with the clockwise rotation of the high below it to pump a narrow stream of tropical moisture from the mid-Pacific (roughly  near Hawaii) directly into California.  Depending on the temperatures involved and the time of year, large amounts of moisture can fall on the high Sierras as either rain or snow.

Thank goodness this storm was early in the season and too warm for snow at our elevation of 5000 ft. That much precipitation could easily have been as much as 3 feet  of snow, and our Bobcat skidsteer wasn’t quite ready for snow yet (more on that issue in a following post).

That said, 3+ inches of rain is still a lot of rain.  Mud flows clogged the culverts under Highway 41 all the way from south of the Westfall Fire Station up to Fish Camp.

Even the 12 inch diameter culvert that runs under the first turn of our driveway had been overwhelmed by a mass of black, gooey mud.  When I arrived the tiny creek that normally flows through the culvert was no longer tiny, and no longer going under the driveway, but rather down it instead.

The forecast called for temperatures to dip below freezing by Friday night.  If I wasn’t able to unplug that culvert before then the water now streaming down the driveway could easily freeze and turn much of that portion into an ice rink.

This could easily have been a major, unexpected headache. But fortunately by probing the muck with a 4 foot piece of lumber for about 15 minutes, I was able to find the mouth of the culvert, poke through the mud and restart the flow.  After that the water itself did the rest of the work, flushing the entire area around the mouth of the culvert clean of the remaining gook.

The rest of the property survived the storm pretty well.  For instance, after the demolition & cleanup was finished we had used a small excavator to widen and level the driveway shoulder in several places.

I hope to be able to use the new turnout above as an alternative place to store the Bobcat and its attachments, one that is out of the way of Trestlewood Chalet guests.

These newly-cleared areas, as well as the former Logger’s Retreat breezeway itself, were at risk of being washed out by the rain.  We had tried to minimize that risk before the storm and the results were encouraging.

We were particularly worried about the former breezeway area since the recently disturbed soil there was soft and there was no longer any cinder block wall to stop mud from flowing over the edge.    But some careful placement of boulders at the edge and the construction of a small berm were enough to keep the water flowing in the right direction and erosion to a minimum.

Of course we would have preferred a slower, more gentle rain.  Yet despite the real risks that a deluge poses, the storm’s aftermath Friday morning was stunningly beautiful — just as it often had been on Fall mornings prior to the fire.  In the crisp early morning air, fingers of low clouds and fog clung to the forested hills across the valley.

Soon enough the sun broke through, quickly burning off much of those clouds but also warming the ground, which caused new misty wisps of fog to rise up and drift across the blackened landscape.

As I went about my tasks I  paused often to savor the cold morning air and the sharp visual contrasts of bright blue and white sky against a sparkling forest of wet beige and black trees. 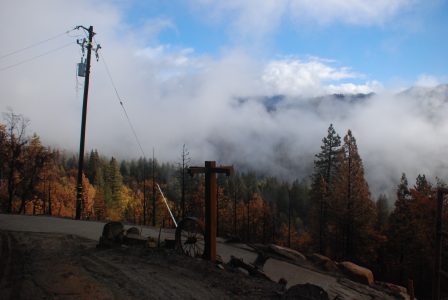 Mornings like this are one of the things we’ve always loved about the Logger’s Retreat. And although most of the trees and all of the structures on our property are now gone, I find it comforting to see that this place still delivers its special magic to anyone here who is willing take a moment to appreciate it.