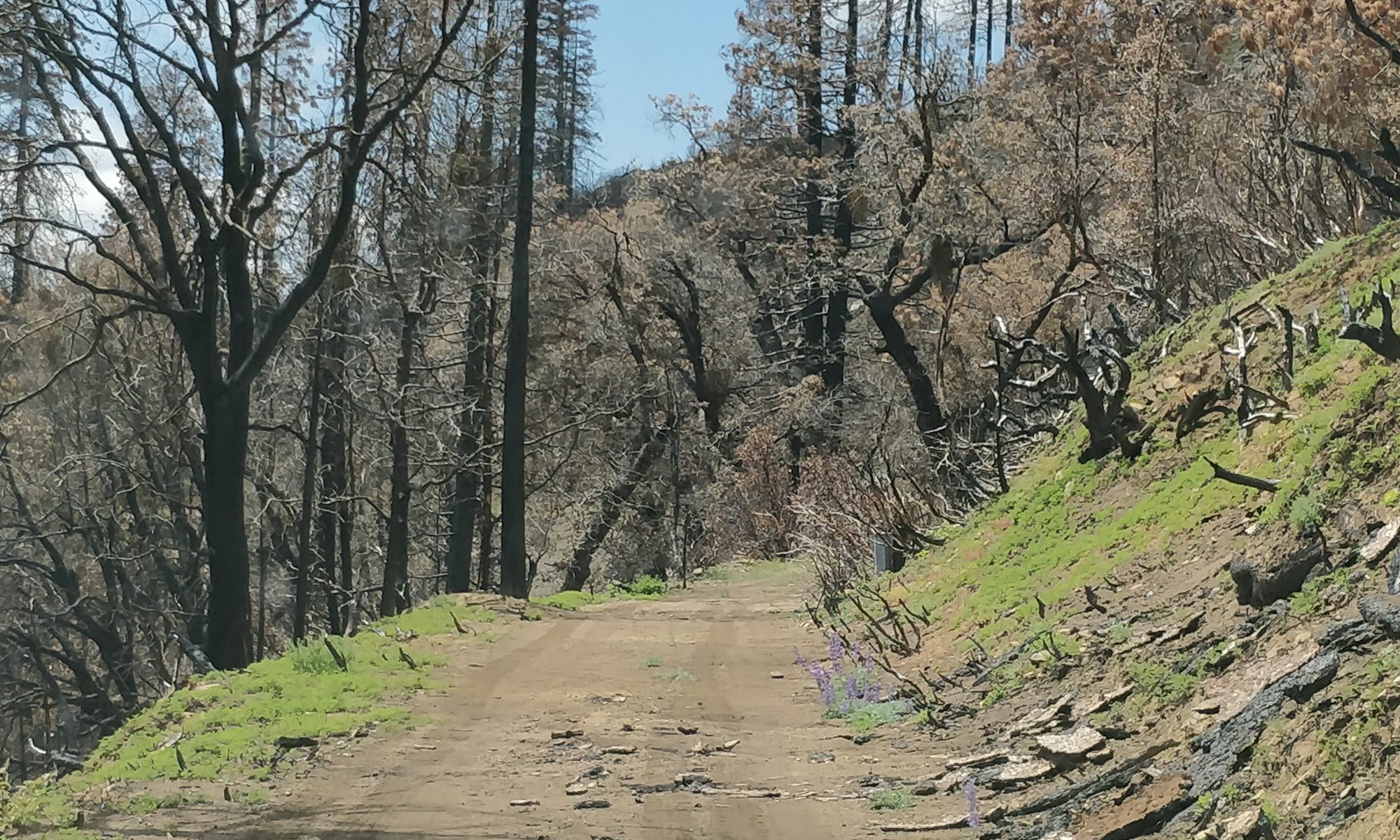 While progress on building plans continues to be frustratingly slow, Nature has been much better about not slipping her schedule.

I was able to spend a good part of the Memorial Day weekend at the property.  It started out damp and drippy but ended as an absolutely beautiful late Spring weekend.

It is odd to see a landscape that had been only last year completed covered with Manzanita and Bear Clover, now exposed as a barren, rocky slope.

As I explored the area above the property I came across many yellow and black signs on National Forest land, all of which marked a “Sale Area Boundary.”

For a moment I thought that perhaps the Forest Service was planning to sell  (!!) this portion of the National Forest. But soon enough I realized that they are not selling the land, they are selling the timber.  It is likely that many, if not most, of the dead trees on the National Forest lands around our property will soon be harvested as salvage timber.  They are already doing this along Hwy 41 on the way up to Fish Camp.

Time Out to Explore

On Sunday, the drizzle was gone and the weather turned absolutely beautiful.  After a trip into Fish Camp, I took the opportunity to drive back by way of the forest service fire road.

It is barely recognizable!  Instead of a secluded road through dense forest, now it is open and exposed.  Along much of it you can easily see the traffic on Hwy 41 below.

Oh yes, we did get some work on the property.  For instance we  have repaired the winter’s erosion damage near the two large Ponderosa pine stumps.

On the following weekend we returned with  another large (rented) excavator to do some heavier landscape work.  For instance, we used it to take out one of those two Ponderosa stumps.

Oh, About Those Plans…

The construction plans were (for the most part) finished and submitted last week .(Yay!) Current estimates are that it will take at least a month for the county building department to review and approve them.

I have asked for bids from several contractors.  By now any possibility of having a house completely built before Winter is long gone.  Now our hope is to have at least one, if not both structures roughed in and sealed up before the snow flies (November).   Meeting that challenge will be a big factor in our decision of who gets the job.