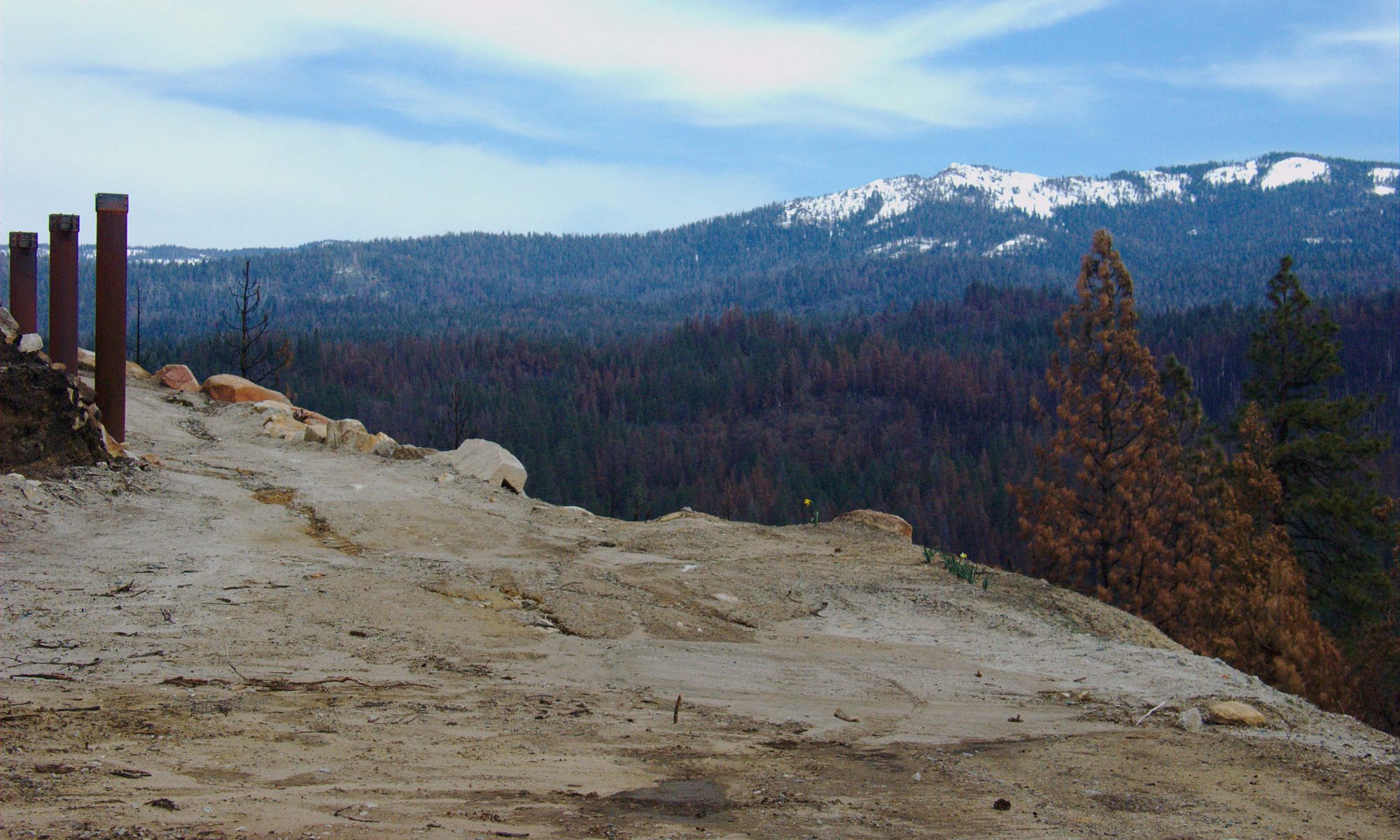 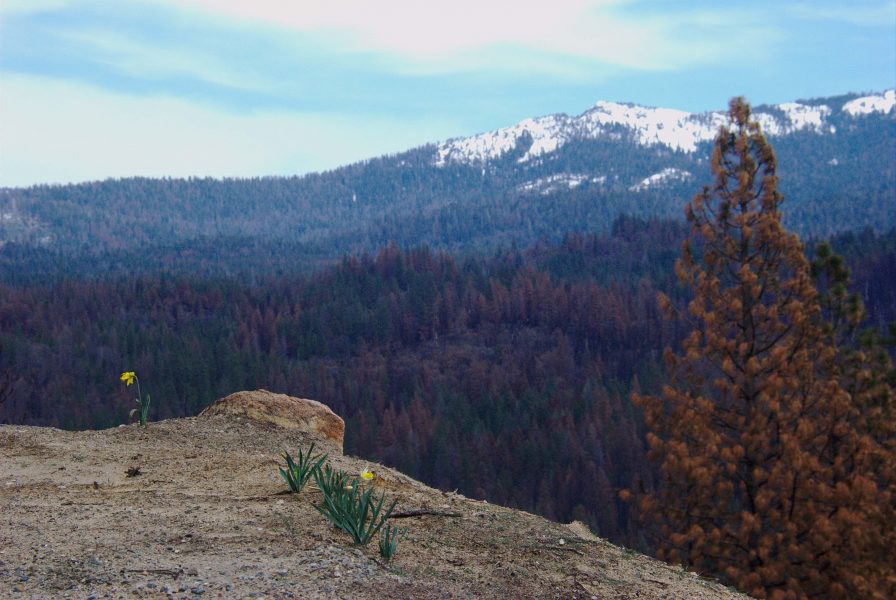 Although we had hoped to have the structural design of the house finished by the end of the month, we were not that lucky.  But still March did provide several big deliveries — specifically in terms of weather.

It was almost as if the one in charge of these things suddenly realized that Winter was running late and Spring was already queued up. Suddenly there was a big rush to deliver both Winter and Spring together, all in the same month.

We had several cycles of rain and snow — big rains, which often melted most, if not all of the snow.  The two largest snow events came at the beginning of the month (March 2) and in the middle (March 16). By the end of the month the total precipitation since last July 1st had reached 25 inches, with March alone bringing us 13 of them!

This is what the month looked like from the perspective of our weather station:

And this is what the first wave (March 2nd) looked like from a more human perspective:

This storm left about 8 inches of snow on the ground and was the first time this season where I really needed the snowblower. The equipment worked well; the only unexpected problem was that first I had to dig the Bobcat and its attachments out of the snow,  which took me an extra 45 minutes or so. Before the fire I had always kept the equipment inside the garage at the Logger’s Retreat.    It made me really appreciate what a luxury that garage had been!

You can see from the charts above that the majority of this storm came first as rain (about 3 inches).  A good rule of thumb around here is that 1 inch of rainfall usually translates to about 1 foot of snow.  So if that the storm had been just a little bit colder,  instead of 8 inches we would have had nearly 4 feet of snow on the ground!

After I finished plowing I was not particularly interested in digging the Bobcat out again. So I left it in the garage instead of outside under a tarp.

This turned out to have an unexpected, added benefit.  Shortly after we headed back down to our Southern California home,  a friend of ours asked to borrow it so that he could clear the driveway of a neighbor who lives a few hundred feet up the road.  Her husband had passed away early this year and the storm caught her by surprise, leaving her snowbound.  Thanks to his thoughtful kindness, a few hours later her driveway too was clear of snow, and the Bobcat was back in our garage, ready to go again. (Incidentally it was cleaner than I had left it, too!)

The middle of the month brought another storm, also starting as rain and then followed by two days of snow.  We arrived late Thursday night, just before the rain turned to snow.  We woke Friday morning to cloudy skies and about 4 or 5 inches of snow on the ground.

For a special treat our daughter was able to join us on this trip. She and my wife went up the hill exploring while I cleared the lower driveway.

After I finished plowing it continued to snow on and off all day.  But the temperature was warm enough so that the new snow did not stick.

We awoke on Saturday morning to a few more inches of new snow, bright sunshine and a beautiful blue sky.

And Then Came Spring

Shortly after we got back home, California was hit by another “Pineapple Express” atmospheric river.  In the chart above you can’t miss it — it’s that spike of nearly 2 inches of rain, followed by another 3.5 inches the very next day.

That was a lot of rain!  I’ll share the photos and details of that with you in my next post.